With a net profit of 376 million yuan in the first half of the year, "MOLLY" is no longer the company's most profitable IP 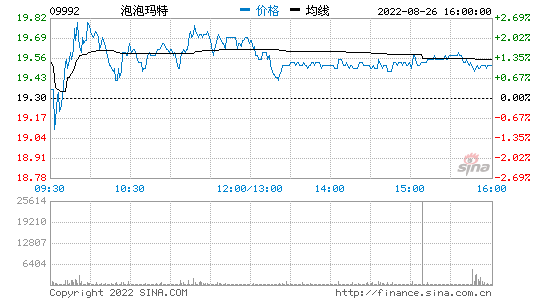 Despite a slight drop in net profit in the first half due to the repeated impact of the pandemic on the consumer sector, Bubble Mart's (09992.HK) revenue bucked the trend. 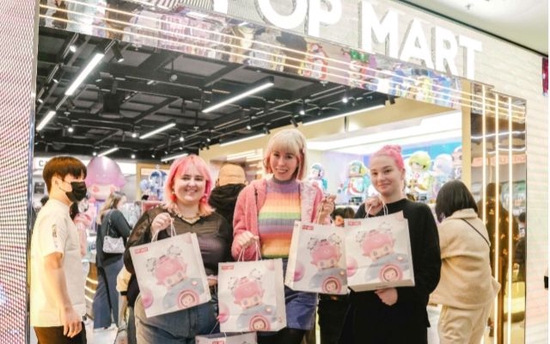 On August 25, 2022, Bubble Mart released its financial results for the first half of the year. During the reporting period, the company's revenue was 2.359 billion yuan (RMB, the same below), with a year-on-year growth of 33.1%; Net profit was 333 million yuan, down 7 percent year on year.

In a conference call after the earnings release, the relevant personnel of Bubble Mart introduced the company's situation affected by the pandemic this year. In the first half of 2022, repeated epidemics in several cities and regions in China had a large impact on offline sales. There were 133 offline retail stores and 324 machine stores closed for one week to three months due to the epidemic, among which 36 retail stores and 188 robot stores were closed for two months to three months. Because robots are distributed not only in shopping malls, but also in airports, subway stations and parks with a large number of people, the epidemic has reduced the flow of passengers, which has a greater impact on sales.

Pop-mart is a company that makes money on "IP." When it went public, Popmart stressed in its prospectus that "IP is the core of our business." MOLLY, an Internet celebrity with green eyes and blonde hair, is her signature IP. Now, with the birth of more IP, Pop-Mart's income is more diversified and no longer depends on "MOLLY". The proportion of revenue it brings to Pop-Mart is decreasing year by year. In the first half of 2022, the revenue generated by MOLLY to Pop-Mart fell to the second place for the first time.

In the past two years, the gross margin of bubble Mat has declined.

Bubbly Matt's voyage is still underway. In the first half of 2022, Popmart's overseas market revenue was 157 million yuan, up 161.7% year on year, and its revenue share rose to 6.6% from 3.4% in the first half of 2021. Offline revenue grew more than 10-fold thanks to the addition of first stores in the UK, New Zealand and the US in the first half. At present, Popmart has opened offline retail stores in the United States, the United Kingdom, Canada, New Zealand, Japan, South Korea, Singapore, Australia and other countries. Since 2018, Popomat began to layout the overseas market, through the layout of offline retail stores, robot stores, cross-border e-commerce platform, Popomat has entered 23 countries and regions in the world, and the trend toys through cross-border e-commerce platform to more than 80 countries and regions.

Related news
Tesla will build 12 seat tunnel electric bus for boring company
I URGENTLY NEED MY EX BACK WITH THE HELP OF A SPELL CASTER
Meta Company slams Facebook to change the name in the open letter
Pay to change IP address? This is risky
I NEED MY EX BACK WITH THE HELP OF A LOVE SPELL CASTER 2022
Use IP proxy tools or cause personal information leakage
With a net profit of 376 million yuan in the first half of the year, "MOLLY" is no longer the company's most profitable IP
Remote deposits play IP address smoke and mirrors
I NEED MY EX BACK WITH THE HELP OF A LOVE SPELL CASTER URGEN
Hot news this week
At least 29000 facilities were affected, and WeiUnicom announced that there were serious loopholes in QTS and QuTS hero.
The source code of the official website shows that the Microsoft Build 2023 developer Conference will be held on May 23-25.
The rendered picture of Meizu experience Center is exposed: there are cars and mobile phones to build 1000 stores.
Musk, the richest man in the world, also suffered a huge loss when he bought bitcoin by Tesla, who "cut leeks".
256G is not enough! Bloggers bought Xiaomi phone 512G has used up more than 300G: WeChat accounted for 70G
Xiaomi tablet 6 key specifications steal run: high brush domestic screen Snapdragon 870 can also play!
Beihang Professor unveils FIG Leaf, consumer anger, Why is advanced technology difficult to win user recognition?
Regret that the medicine is gone! Apple closes downgrade channels for multiple versions such as iOS on 16-15-12.
Only high-end models have? The exposure of the periscope camera lens is limited to the iPhone 16 Pro Max
Meta earnings release analysts: Snap turning profit into loss in the fourth quarter is good news for it and Google
The most popular news this week
Microsoft's new version of Bing appears briefly: full access to ChatGPT
Bill Gates: the history of ChatGPT is as significant as "PC or the birth of the Internet"
There is a character recognition function in Wechat, which is more convenient and practical than a dictionary! Have you ever used it?
EBay announced that it will cut 500 jobs, accounting for about 4% of its total workforce.
Why does the United States keep cracking down on Huawei, but we don't do anything to Apple?
Samsung promises firmware update to solve the problem of plummeting Pro SSD health value
AI such as CEO:ChatGPT, parent company of "GTA5", will raise standards in the game industry.
Huawei's entry into the electric bicycle Tailing official announced that the combination of strong and powerful forces will open a new era.
Huawei P60 appeared and ran: it was quite unexpected to carry the processor.
Yingchi set foot in the game display for the first time: 27-inch 2K screen, 165Hz high brush