The official claims to make the scoring system more transparent. 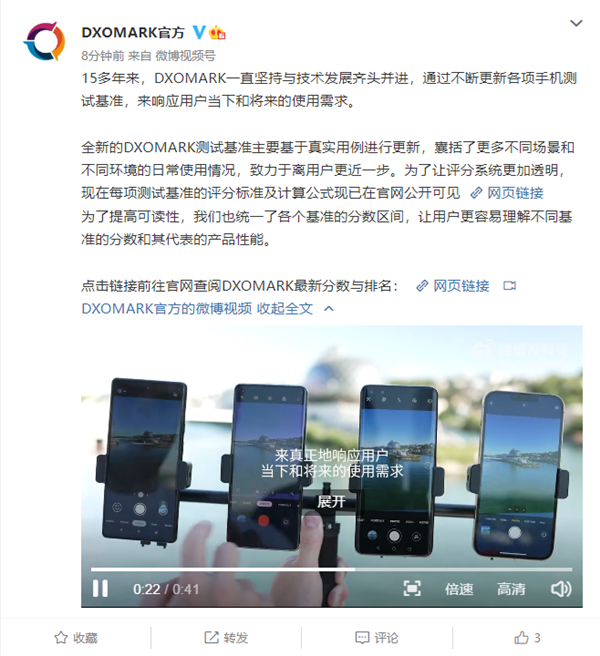 According to the latest news of DXOMARK official micro, each ranking data has been updated one after another, and the ranking of the product has also changed.

The natural naturally cares about the scores of taking pictures. There are many changes in the top ten this time. 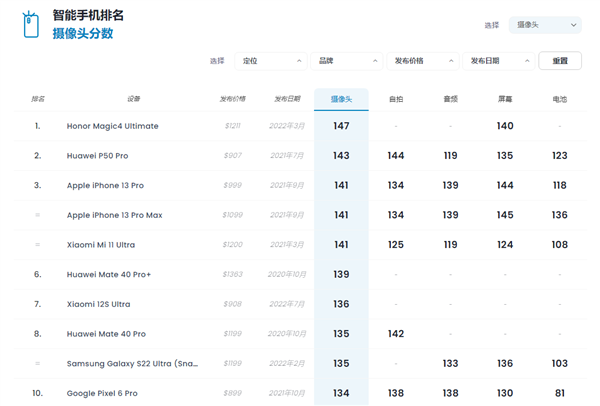 The most conspicuous is the previous Honor Magic4 to Zhen Edition. This time, not only stabilized the first, but the score also rose by one point.

The second Huawei P50 PRO score dropped by one point, and the ranking remains unchanged. The iPhone 13 Pro series has both rose 4 points, ranking third and fourth.

The two super large cups of Xiaomi fell. Among them, Xiaomi 12s Ultra, which has a very good reputation this year, fell two points. Today, the ranking is seventh. It is still not as good as the previous generation Xiaomi 11 Ultra.

This is also the biggest controversy in DXOMark's ranking in recent times. 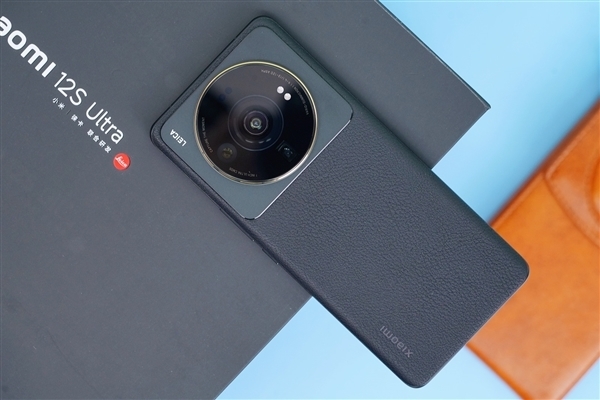 This year, Xiaomi 12S Ultra is equipped with an IMX989 one -inch outsole, and it is also equipped with Leica image system. Whether it is hardware or tuning, the effect obviously surpass the predecessor, and the reputation is in the absolute first echelon.

Of course, there are many reasons behind this that Xiaomi's training is more realistic and the light and shadow effect presentation. In fact, the perception is better, but it is not targeted for the opening test like DXO.

In addition, Xiaomi did not send the test at its own expense this time. InsteadSo the test was just completed not long ago. 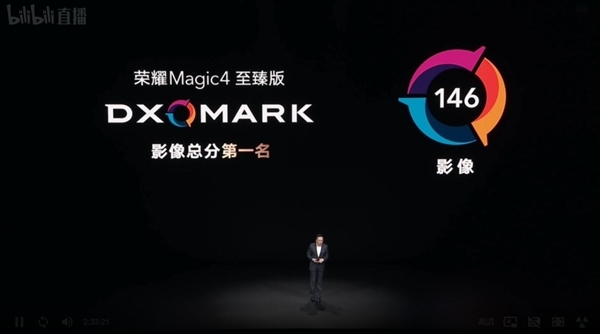 Related news
Samsung S20Ultra second in DXO selfie list after HuaweiP40Pro
What is the number of 100 million pixels? DxO preview Samsung Galaxy note 20 ultra camera rating
DxO apologized again. This time, the "victim" is Samsung S21 Ultra
Lei Jun: Xiaomi 11 ultra broke through the first 122 days of high-end DxO list again
Huawei DXO may lose mi 12 Ultra profile exposure: Pull on Leica
Have a deductible DXO! Exposure millet 12 Ultra has been scheduled: confirm with Samsung version of Xiaolong 8
Lei Jun once said that he would not send the test: DXO announced the active evaluation of Xiaomi 12s Ultra
Why did the phone manufacturer fail DXO? CEO reveals: Because they don't come first
DXO official website ranking update: Xiaomi 12S Ultra falls glory 1 and continue to rise
Mi Fan heard of the discontinuation of the Xiaomi 12S Ultra: decisively go to Jingdong order when the camera to use
Hot news this week
The first in the world! Intelligent screening system for visual impairment of infants and young children
World's first: Sun Yat-sen University has developed a mobile phone intelligent screening system for infants with visual impairment
Sources said Samsung Electronics is considering cutting chip production in the first quarter or a huge loss
The source code of the official website shows that the Microsoft Build 2023 developer Conference will be held on May 23-25.
The rendered picture of Meizu experience Center is exposed: there are cars and mobile phones to build 1000 stores.
At least 29000 facilities were affected, and WeiUnicom announced that there were serious loopholes in QTS and QuTS hero.
256G is not enough! Bloggers bought Xiaomi phone 512G has used up more than 300G: WeChat accounted for 70G
Regret that the medicine is gone! Apple closes downgrade channels for multiple versions such as iOS on 16-15-12.
Xiaomi tablet 6 key specifications steal run: high brush domestic screen Snapdragon 870 can also play!
Musk, the richest man in the world, also suffered a huge loss when he bought bitcoin by Tesla, who "cut leeks".
The most popular news this week
Microsoft's new version of Bing appears briefly: full access to ChatGPT
Bill Gates: the history of ChatGPT is as significant as "PC or the birth of the Internet"
The "iPhone 14" Letv mobile phone Y1 Pro+ sold for only 499 yuan becomes JD.com TOP3.
Man QQ Music lost 1.32 million in playing games in the studio: he was fooled by the anchor!
Intel China special edition Xinshen U suddenly went on sale: 1599 yuan cost-effective
The price of ZTE flagship endorsed by Wu Jing has been reduced! The overall screen impression is better than Apple Smart Island.
Meizu 20 Series supports UWB Ultra Wideband Technology through Radio approval
Huawei P60 series will debut in March: Snapdragon 8+ has a larger aperture than the iPhone 14 Pro Max
China suddenly announces new developments in 6G, and there is little hope that the United States will surpass 6G technology.
Dell said it was laying off 5 percent of its workforce, affecting about 6,650 jobs