Tencent Music Entertainment Group has decided to return to Hong Kong, four years after the bell rang on the New York Stock Exchange.

On September 21, Tencent Music Entertainment Group (hereinafter referred to as Tencent Music) successfully listed on the main board of the Hong Kong Stock Exchange. Tencent Music rose 1.22 per cent to close at HK $18.22 on its first day of trading, giving it a market capitalisation of over HK $60 billion.

"Compared with the New York Stock Exchange listing in 2018, the online music market has lost exclusive rights and the dividend of Internet traffic has gradually disappeared. The valuation logic of music streaming media is no longer a simple comparison between the number of music rights and the number of users. Tencent Music needs to show the capital market a new growth point." CIC Consulting manager Dong Xiaoya told the National Business Daily that in the long run, Tencent Music back to Hong Kong, more investors will pay attention to China's digital music industry, good for the development of the industry.

At present, online music has entered the stock era, NetEase Cloud Music has successfully landed in the capital market, and Douyin has accelerated its entry into the music field. With the increasingly fierce "inwinding" in the music market, can Tencent Music with a slowing growth rate "conquer" the Hong Kong stock market? 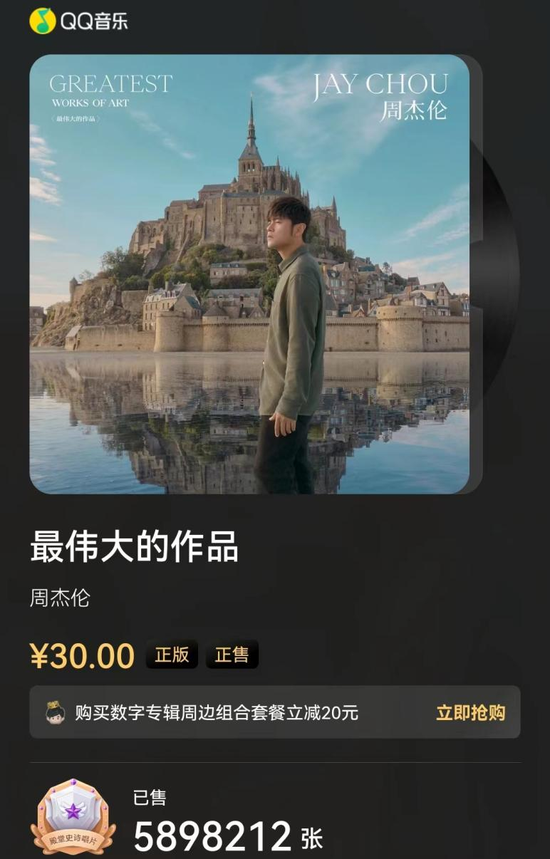 For the secondary listing, Tencent Music chose a "quick fix", in the form of "introduction to the listing", no new shares issued, no underwriting links, shorter approval cycle for the listing, while avoiding unnecessary share dilution.

Although the listing was not intended to raise money, Tencent Music's share price underperformed on its second day in Hong Kong, falling 5.6% while its U.S. share price fell 6.11%.

"This volatility is a normal secondary market reaction." Zhang Yi, CEO of IMedia Consulting, admitted that the recent return to Hong Kong listed Chinese enterprises, the overall stock price volatility is obvious. At the same time, the Hong Kong capital market pays more attention to performance. For Tencent Music, the future growth of revenue and profit will have a great impact on the company's market value and stock price.

In Zhang Yi's view, Tencent music back to Hong Kong listing has expectations, there are also concerns. "This year Tencent hair force video number, online concert derived from the commercial new may be worth looking forward to; At the same time, it has obvious overall advantages in music copyright and users. However, the concern is that Internet stocks, especially online businesses, are not very optimistic in the Hong Kong stock market in general and need more growth profit data, which has certain pressure on Tencent Music."

Tencent Music, China's first music streaming stock, was valued at about $23 billion when it went public in the U.S. in 2018. In the past four years, with Jay Chou and many other exclusive rights, Tencent Music has been sitting on the top of the online music market.

However, in the past year, with the cancellation of exclusive rights and changes in the industry environment, Tencent Music's U.S. stock price fluctuated significantly and its market value fell sharply. Choice data show that since January 2021, Tencent music stock price fell 77.65%; Tencent Music was valued at $7.38 billion as of Sept. 22.

Since last year, with the cancellation of exclusive music rights and the popularity of online concerts, the online music market has become increasingly competitive, and the "lying around" of owning exclusive rights has become a thing of the past.

In the post-copyright era, short videos are eyeing up the music industry. Bytedance not only set up the music business, on Douyin online "music player", at the same time a large amount of investment not music, Lehua entertainment; Kuaishou launched the music APP "Komori Sing", launched the double click music plan, added music support, etc., and made frequent movements.

This for the steady first Tencent music, on the one hand, in the face of huge traffic business, and Douyin chasing after each other "arm wrestle"; On the other hand, in the capital market, it will be in Hong Kong with NetEase cloud ushered in a positive contest. 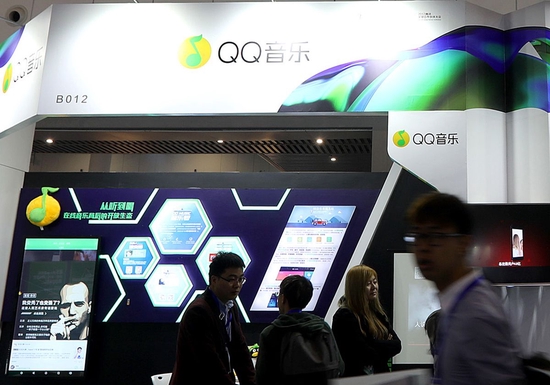 "After the cancellation of the exclusive copyright, Tencent Music's online music business will face more 'inrolling' competition. The music copyright of NetEase Cloud Music has been greatly supplemented, and the number of users has increased rapidly. At the same time, ByteDance's soda music came out of the blue, gaining users through free play and adding to the competitive pressure from short-form video platforms. "In the social entertainment segment, growth has stalled as the number of karaoke users in the country starts to drift away, and the direction of product innovation is unclear." As for the development pressure Tencent music is facing, Dong Xiaoya said.

In the face of industry changes and competition, in 2021, Tencent Music has made the biggest adjustment since its establishment five years ago, upgrading the organizational structure, announcing the establishment of content business line, setting two core directions of content and platform, and aiming at long audio, layout of "content + long audio".

However, Dong Xiaoya pointed out that the current short and long video platforms can not completely replace music platforms. At a time when short and long videos are constantly distracting users, the huge traffic generated by short videos can be a new source of growth for online music. The online music market can seek a cooperative ecology with the short video platform. The communication mode of short video + music may have more impact and the ability to create popularity.

Related news
Apple Music voice control solution: Designed for Siri for 5 RMB per month
JD.com,Tencent Extend Strategic Partnership on AI
Can listen to 100 million songs! Apple Music Re -upgrade: Singer can customize the homepage
How to localize Apple Music after 7 years in China
Hot news this week
With the NIL technology, Canon wants to provide China with a lithography machine comparable to the EUV
The Long March 9 is basically confirmed: the low-orbit carrying capacity of 150 tons can carry the entire space station into space
A small plane in the US has crashed into a 30-metre high voltage power line and got stuck: 80,000 people affected
Alibaba launched a new cross-border e-commerce platform in Spain, aiming to operate independently in the middle and high-end market
Can recording others' wechat chat records be used as evidence? The Beijing Internet Court has an answer
Google is concerned that Microsoft's acquisition of Activision Blizzard will affect the ChromeOS experience
When pure water is used in China team to solve the problem of seawater hydrogen production: it is expected to become an original industry
It's not just Huawei! Beidou has penetrated more than 20 industries and applied more than 15.5 million products
The second generation Snapdragon 8 flagship! Mi 13 toughened film appeared: four sides and other narrow screen accounted for a stable ratio
A Tesla crashed into two cars in Taizhou, Zhejiang province, killing two and injuring one, police said
The most popular news this week
The first Snapdragon 8 series phone in the popular colors of 2023 hits the shelves: a stunning 5600 yuan design
Why do laptops need more memory?
Increase production capacity! Apple speeds up iP14 Pro shipments: Arrive as soon as New Year's Day 2023
What a fan! Netizens spend ten thousand yuan to get three mobile phones at once: beautiful
A bachelor's degree is needed for a New York City rat control manager who earns 1.2 million yuan a year
4090/80 Take that! Third party pre-orders for AMD RX7900: The most expensive over 11,000
Mi 13 series press conference preview: It is likely to start 3999
Wu Jing endorsed the new model, which goes on sale next week: the 512GB version is almost half the price of the iP14 Pro Max
Why did Chinese fans come to Qatar
Sega Technology: intends to increase the total capital of US $1 million in US Electric with related parties