There's a tidal wave of lying down, and ceos of big American companies are worried, saying, "Never seen anything like this."

Ceos of America's biggest companies are worried: "Never seen anything like this"

At a time when most Americans, especially the younger generation, are rethinking their work-life relationship, executives at major U.S. companies are worried about the growing popularity of "lie-flat employment."

Lying Flat is the opposite of Involution, which appears in different forms.

One is to lie down completely, dubbed "The Great Resignation." According to media reports, more than 24 million workers have quit their jobs in the United States since April.

On the other hand, there's the popular "quite quitting employment," showing the spirit of workers who help so many things with so much money.

Benjamin Granger, chief workplace psychologist at research firm Qualtrics, was quoted as saying that executives at large U.S. companies in the financial, technology and healthcare sectors were worried and saying "I've never seen this before" as the so-called "flattening tide" flooded the Internet and became widely discussed.

Executives at these large companies are seeking the help of consultants and psychologists, such as through staffing firms, law firms and even artificial intelligence startups, to prevent and combat the phenomenon.

Worryingly for executives, Labour Department data showed that productivity was falling as workers tended to lie down, falling 4.6 per cent in the second quarter from a year earlier and 7.4 per cent in the first quarter, the biggest decline since 1947. Over the past year, labor productivity has fallen 0.4 percent year-on-year, compared with an average growth rate of 1.3 percent before the pandemic.

Why is "Lying Flat Tide" Sweeping Across America?

Some analysts blame the coronavirus pandemic, stagnant incomes and the high cost of living. They argue that persistently high inflation and a declining U.S. economy have caused the cost of living to rise faster than wages, leaving workers increasingly flat.

At the same time, the way Americans view work is gradually changing. Granger said that Americans began to work for "self-actualization" rather than "paychecks."

According to a new Gallup survey, about 50 percent of the 15,000 full - and part-time workers in the United States are in "limbo employment," according to a Wall Street Journal article.

According to the survey, the percentage of employees who are actively engaged at work and opposed to lie-in has held steady at 32 percent, while those who are not at work and are very engaged at work have risen to 18 percent from 17 percent at the beginning of the year.

The survey also found that "Gen Z" (those born between 1995 and 2009) and younger "millennials" under the age of 35 have experienced significant declines in workplace participation.

As for the solution, Gallup says that to increase employee motivation and engagement at work, managers need to have in-depth conversations lasting 15 to 30 minutes with each team member at least once a week.

Labor is the biggest expense for many businesses, and if labor costs continue to soar even as productivity declines, companies will be forced to lay off workers to protect profits.

At the same time, to increase productivity, more and more enterprises are turning to automation. According to the American Association of Automation, robot orders in the United States surged 40 percent in the first quarter of this year compared with the same period in 2021, and surged 22 percent for all of last year.

The market is risky and investment needs to be cautious. This article does not constitute personal investment advice, nor does it take into account the particular investment objectives, financial situation or needs of individual users. Users should consider whether any opinion, opinion or conclusion in this article is appropriate for their particular situation. Investment hereunder shall be made at one's own responsibility. 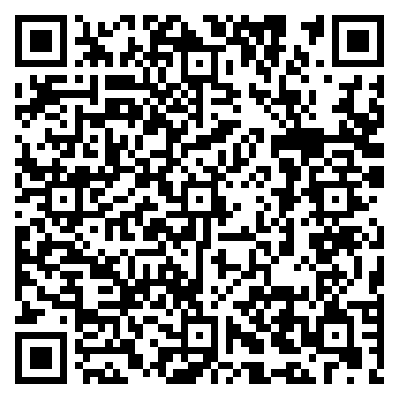 Related news
Microsoft's next Surface leak slogan is "Anything but ordinary"
Are you OK？ Sogou input online "Lei Jun imitation" voice
Are you looking for real spell caster to bring back your ex
We are the best producer of authentic counterfeit Banknotes,
There's a tidal wave of lying down, and ceos of big American companies are worried, saying, "Never seen anything like this."
Hot news this week
With the NIL technology, Canon wants to provide China with a lithography machine comparable to the EUV
The Long March 9 is basically confirmed: the low-orbit carrying capacity of 150 tons can carry the entire space station into space
A small plane in the US has crashed into a 30-metre high voltage power line and got stuck: 80,000 people affected
Alibaba launched a new cross-border e-commerce platform in Spain, aiming to operate independently in the middle and high-end market
Can recording others' wechat chat records be used as evidence? The Beijing Internet Court has an answer
Google is concerned that Microsoft's acquisition of Activision Blizzard will affect the ChromeOS experience
When pure water is used in China team to solve the problem of seawater hydrogen production: it is expected to become an original industry
It's not just Huawei! Beidou has penetrated more than 20 industries and applied more than 15.5 million products
The second generation Snapdragon 8 flagship! Mi 13 toughened film appeared: four sides and other narrow screen accounted for a stable ratio
A Tesla crashed into two cars in Taizhou, Zhejiang province, killing two and injuring one, police said
The most popular news this week
What a fan! Netizens spend ten thousand yuan to get three mobile phones at once: beautiful
A bachelor's degree is needed for a New York City rat control manager who earns 1.2 million yuan a year
4090/80 Take that! Third party pre-orders for AMD RX7900: The most expensive over 11,000
Mi 13 series press conference preview: It is likely to start 3999
Wu Jing endorsed the new model, which goes on sale next week: the 512GB version is almost half the price of the iP14 Pro Max
Why did Chinese fans come to Qatar
Sega Technology: intends to increase the total capital of US $1 million in US Electric with related parties
Analyst: Apple's iPhone 15 portfolio will be more 'balanced' with all Smart Island features
Apple countersued AliveCor, which pioneered the ECG patents
Mi fans lucky draw a Mi 13: exclaiming "outrageous" is equal to earning 4,000 for nothing