recently, The French Airbus Company delivered the 600th aircraft assembled in China to China. This is an Airbus A320NEO, which is accepted by Oriental Airlines.

In 2008, the Airbus A320 series aircraft in Tianjin was officially opened. This is also the first aircraft production line outside Europe. The first aircraft component reached the total loading line that year.

As of now, this general -loading line has been successfully operated for more than 14 years, and has become a model for successful cooperation between China and Europe.

In November 2021, Airbus announced that the A321 aircraft will also join this general loading line.

At present, Airbus has a total of A320 series of aircraft installation facilities, and the other three are located in Toulouse, France, Hamburg, Germany, and Mobil. 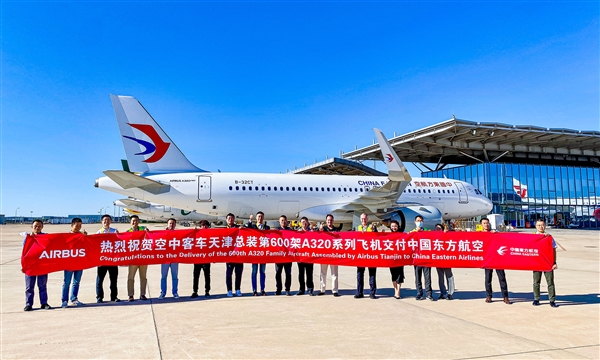 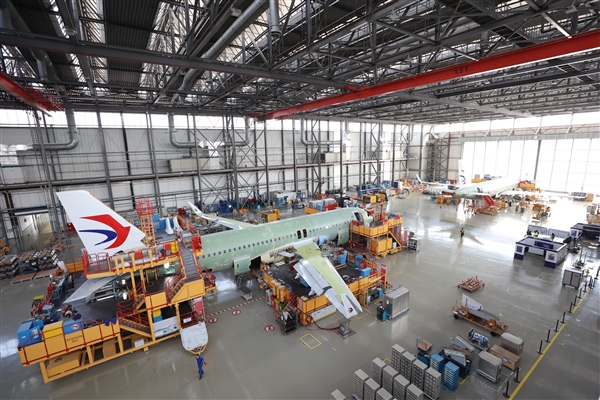 Just a few days ago, Xiamen Airlines, a subsidiary of China Southern Airlines, announced that it will buy from Airbus 40 The A320NEO series aircraft was delivered in batches from 2024-2027, with a basic price of about 4.848 billion US dollars, but it has a large preferential amplitude.

According to the data, A320NEO is an improved type of Airbus A320 series aircraft. It is equipped with new high -efficiency engines and shark fin wings, and optimizes the cabin. The efficiency of a single -seat fuel is increased by 20%. 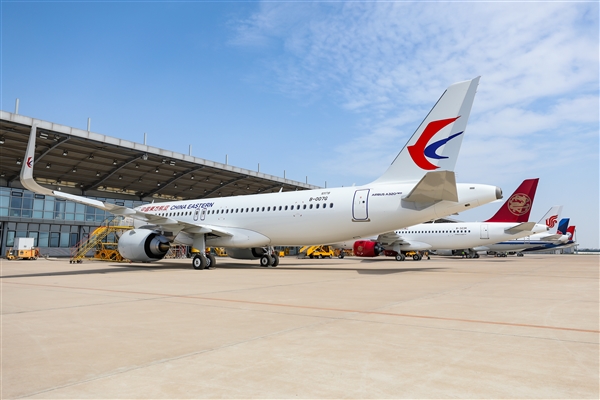 Related news
America's worst company in 2020: Boeing's road to death?
Semicon China: Huawei and Exxon bring semiconductor intelligent quality inspection and measurement solutions
China hard disk mine disaster, experts say hard disk prices will continue to rise
Glory high-tech products help team China's national team set out to show China's business card to the world
China's New Energy Vehicle Sales in June Expected to Set New High over Fiscal Stimulus
Telecom Operators Essential for the Metaverse:China Mobile Chairman
Tesla China First Shatters Delivery Record in Six Months amid Covid's Fading
The CEO of Boeing's defense company can be cheerful when it is sold by Chinese sanctions to other people's weapons
Hot news this week
With the NIL technology, Canon wants to provide China with a lithography machine comparable to the EUV
Genius hacker Geohot promised Musk 12 weeks to fix Twitter search, but posted for help because he wouldn't react
Google's parent company is planning to cut tens of thousands of jobs
The Long March 9 is basically confirmed: the low-orbit carrying capacity of 150 tons can carry the entire space station into space
A small plane in the US has crashed into a 30-metre high voltage power line and got stuck: 80,000 people affected
Alibaba launched a new cross-border e-commerce platform in Spain, aiming to operate independently in the middle and high-end market
Can recording others' wechat chat records be used as evidence? The Beijing Internet Court has an answer
Google is concerned that Microsoft's acquisition of Activision Blizzard will affect the ChromeOS experience
The second generation Snapdragon 8 flagship! Mi 13 toughened film appeared: four sides and other narrow screen accounted for a stable ratio
A Tesla crashed into two cars in Taizhou, Zhejiang province, killing two and injuring one, police said
The most popular news this week
QQ membership via SMS has become a thing of the past: Tencent officials said the relevant business functions have been offline
Two men ransacked an Apple store and made off with more than 200,000 products: a textbook move by the employees
South Korea 2-1 Portugal repeat Asian miracle: Lei Jun with Xiaomi 13 thumbs up
The standard version is unbeatable and sells for 3,999 yuan for Mi fans
Two new Huawei devices are ready to launch: one is more creative
For the first time ever! NVIDIA graphics card to play the game flash screen must refresh the BIOS
Samsung Galaxy Z Flip5 exposure: Larger screen, fewer creases
What is this picture? Intel next generation Fever U also has 6 cores!
1W less than 40 cents 550W gold medal full module power 199 yuan RTX 3060 are enough
Viral 'Coronavirus Medicine Sequence' : Reliable? Experts guide the way