According to TechTimes, Samsung showed you the scroll screen laptop at the Intel Innovation Day event organized by Santa San Jose, USA.

It is understood that this PC is different from laptop computers that can be foldable screens,Instead, a horizontal stretch can be stretched from a 13 -inch tablet shape to about 17 -inch sizes. 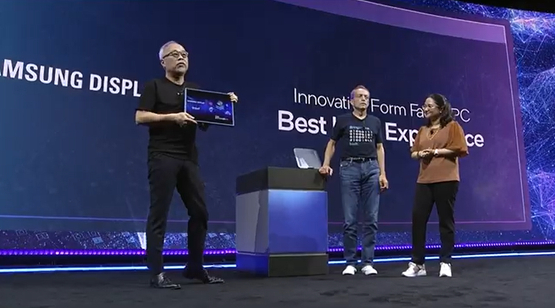 Joo-SUN Choi, CEO of Samsung Display, said that this product is jointly created by Samsung and Intel, which aims to provide PC with a more novel appearance to meet user needs.

However, which processor specification and other parameters this PC uses this PC cannot be confirmed. 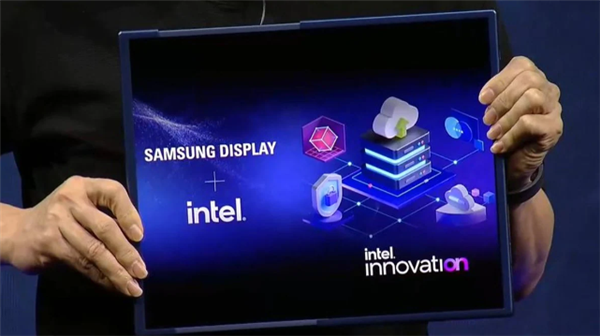 Joo-SUN Choi also said that Samsung has made a lot of exploration on the foldable screen design, and at this stage, it has developed a certain mature technology.Therefore, it will start to explore different forms of screen design such as scroll screens. The scroll screen technology may be applied to smartphones in the future. 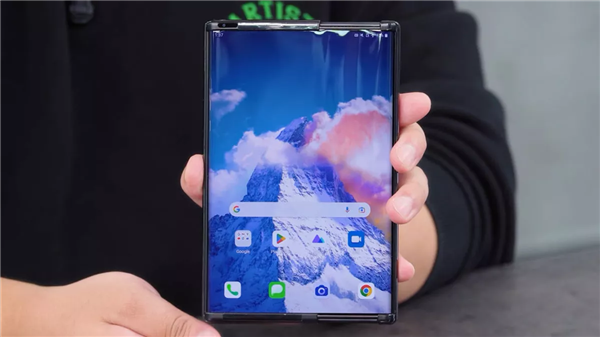 Related news
Samsung Stars Mass Producing 3nm Chips
Samsung scroll screen laptop first show: horizontal stretching 13 -inch seconds becomes 17 -inch
Hot news this week
With the NIL technology, Canon wants to provide China with a lithography machine comparable to the EUV
The Long March 9 is basically confirmed: the low-orbit carrying capacity of 150 tons can carry the entire space station into space
A small plane in the US has crashed into a 30-metre high voltage power line and got stuck: 80,000 people affected
Alibaba launched a new cross-border e-commerce platform in Spain, aiming to operate independently in the middle and high-end market
Can recording others' wechat chat records be used as evidence? The Beijing Internet Court has an answer
Google is concerned that Microsoft's acquisition of Activision Blizzard will affect the ChromeOS experience
When pure water is used in China team to solve the problem of seawater hydrogen production: it is expected to become an original industry
It's not just Huawei! Beidou has penetrated more than 20 industries and applied more than 15.5 million products
The second generation Snapdragon 8 flagship! Mi 13 toughened film appeared: four sides and other narrow screen accounted for a stable ratio
A Tesla crashed into two cars in Taizhou, Zhejiang province, killing two and injuring one, police said
The most popular news this week
What a fan! Netizens spend ten thousand yuan to get three mobile phones at once: beautiful
A bachelor's degree is needed for a New York City rat control manager who earns 1.2 million yuan a year
4090/80 Take that! Third party pre-orders for AMD RX7900: The most expensive over 11,000
Mi 13 series press conference preview: It is likely to start 3999
Wu Jing endorsed the new model, which goes on sale next week: the 512GB version is almost half the price of the iP14 Pro Max
Why did Chinese fans come to Qatar
Sega Technology: intends to increase the total capital of US $1 million in US Electric with related parties
Analyst: Apple's iPhone 15 portfolio will be more 'balanced' with all Smart Island features
Apple countersued AliveCor, which pioneered the ECG patents
Mi fans lucky draw a Mi 13: exclaiming "outrageous" is equal to earning 4,000 for nothing