Were you wearing your seat belt in the crash? Lin Zhiying's first response

Some time ago, entertainer Lin Zhiying caused a car accident in a Tesla, which caught fire after hitting a bridge pier and seriously injured himself.

Lin marked his 48th birthday with a photo of himself cutting a cake, the first time he has been seen since the accident on July 22.

In addition, Lin Zhiying gave an interview that day, publicly recalled the details of the accident for the first time.

Asked why the car crash hit the island? Lin Zhiying confessed, “ I think back, but it's blank. ”But he made sure he was wearing a seat belt, because without one, the Tesla would scream and scream. 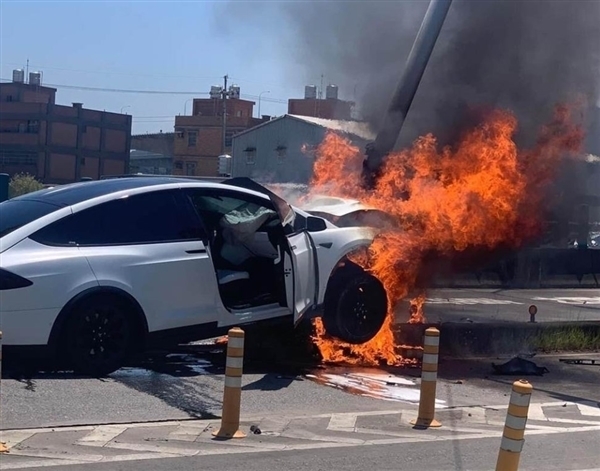 Lin Zhiying also said that he only remembered that on the day he woke up, he first looked at his hands, then his feet, and then touched his face. Oh, the head is still there! ” He was relieved to know that his life was still behind him.

Lin Zhiying revealed that after he was discharged from the hospital, he adjusted his work schedule, slept until he woke up naturally every day, and would walk fast on the treadmill to slowly build up his muscles.

On July 22, Lin Zhiying was driving a Tesla Model X when the vehicle crashed into a road guardrail on Zhongzheng North Road in Taoyuan city, Taiwan Province, and then burst into flames. Lin Zhiying and his son were rescued by passers-by and workers.

The accident also left Lin in a coma for a long time. He suffered a shattered shoulder, facial fractures and a mild concussion, and then underwent a series of operations.

At present, Lin Zhiying body recovery condition is good, but still in the corresponding rehabilitation treatment and cultivation. 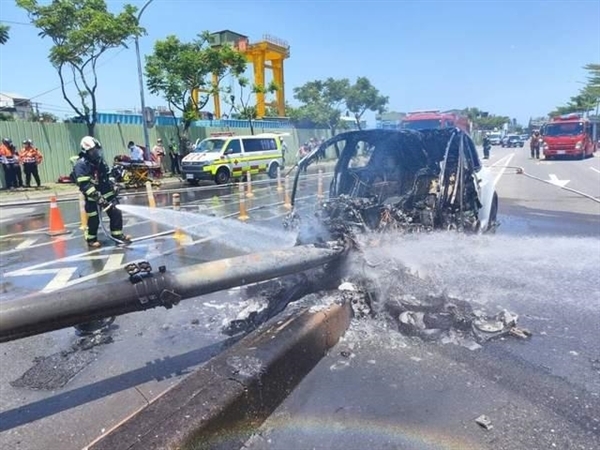 Related news
Tesla customer service responded to Lin Zhiying's accident: The body has no flammable material
Lin Zhiying injured face and shoulder fractures need surgery: favorite tram is Tesla
Lin Zhiying is still in a coma. The next two or three days is the key: Tesla collision was burned to the scrap iron
When Lin Zhiying drove Tesla and dragged away, the scene was fired again: Burning in the air
Lin Zhiying driving accident, why tesla?
Car driver not wearing seat belt?
Lin Zhiying reported safety for the first time after his Tesla Model X crashed and caught fire!
In the past February, Lin Zhiying said that her body was almost recovered: the right hand was worse
Lin Zhiying has made his first appearance since crashing his Tesla Model X
Were you wearing your seat belt in the crash? Lin Zhiying's first response
Hot news this week
The first in the world! Intelligent screening system for visual impairment of infants and young children
World's first: Sun Yat-sen University has developed a mobile phone intelligent screening system for infants with visual impairment
Sources said Samsung Electronics is considering cutting chip production in the first quarter or a huge loss
The source code of the official website shows that the Microsoft Build 2023 developer Conference will be held on May 23-25.
The rendered picture of Meizu experience Center is exposed: there are cars and mobile phones to build 1000 stores.
At least 29000 facilities were affected, and WeiUnicom announced that there were serious loopholes in QTS and QuTS hero.
256G is not enough! Bloggers bought Xiaomi phone 512G has used up more than 300G: WeChat accounted for 70G
Regret that the medicine is gone! Apple closes downgrade channels for multiple versions such as iOS on 16-15-12.
Xiaomi tablet 6 key specifications steal run: high brush domestic screen Snapdragon 870 can also play!
Musk, the richest man in the world, also suffered a huge loss when he bought bitcoin by Tesla, who "cut leeks".
The most popular news this week
Microsoft's new version of Bing appears briefly: full access to ChatGPT
Bill Gates: the history of ChatGPT is as significant as "PC or the birth of the Internet"
The "iPhone 14" Letv mobile phone Y1 Pro+ sold for only 499 yuan becomes JD.com TOP3.
Man QQ Music lost 1.32 million in playing games in the studio: he was fooled by the anchor!
Intel China special edition Xinshen U suddenly went on sale: 1599 yuan cost-effective
The price of ZTE flagship endorsed by Wu Jing has been reduced! The overall screen impression is better than Apple Smart Island.
Meizu 20 Series supports UWB Ultra Wideband Technology through Radio approval
Huawei P60 series will debut in March: Snapdragon 8+ has a larger aperture than the iPhone 14 Pro Max
China suddenly announces new developments in 6G, and there is little hope that the United States will surpass 6G technology.
Dell said it was laying off 5 percent of its workforce, affecting about 6,650 jobs