Once again! Epic Games has filed an appeal in an antitrust case against Apple's App Store 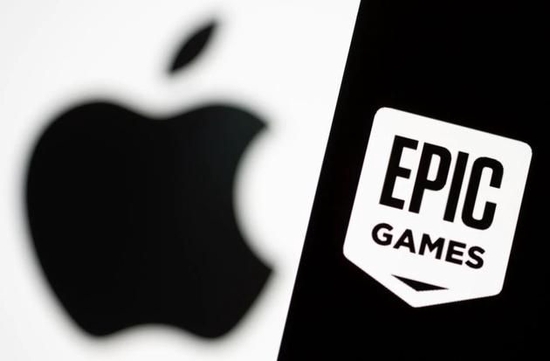 Sina Science and Technology news, Beijing time on November 15 morning news, local time on Monday, "Fortnite" developer Epic Games to a federal appeals panel consisting of three US federal judges filed an appeal to overturn part of the lower court's decision. Previous rulings were largely in favor of Apple and its App Store.

Epic Games sued Apple in 2020, accusing the company of breaking the law by requiring software developers to pay as much as a 30% commission on in-app purchases. After a three-week trial last year, the judge stopped short of calling Apple an "illegal monopolist" and noted that Epic Games had failed to show that the privacy and security benefits of the commissions and policies outweighed the costs to consumers.

On Monday, a panel of the U.S. Court of Appeals for the 9th Circuit asked lawyers from Epic Games, Apple and the Justice Department whether the trial judge had properly compared the consequences of different decisions. Epic Games admits that it did not provide enough evidence on some points. Apple reiterated that developer fees fund App Store app reviews to ensure users don't access fraudulent, pornographic or privately-infringing apps.

At the heart of the trial judge's decision was the finding that Apple's App Store usage agreements with developers did not violate antitrust law because they were non-negotiable. That means developers must either agree to the terms or they can't use the App Store. Epic Games argues that such standard agreements are still subject to antitrust law.

Other big tech companies use similar user protocols to protect access to their systems. The US Justice Department, which has been investigating Apple and other tech companies, joined Epic Games in its appeal. The Justice Department said the lower court's ruling could "cause serious harm to antitrust enforcement in the particular context of this case".

Lower courts had also previously ruled that Apple violated California's unfair competition laws and ordered the company to allow developers to tell users about other ways to buy apps than through Apple's payment system. The appellate panel can re-evaluate the decision.

Related news
Apple's "Fortress night": Tencent shares Epic Games very dissatisfied
Epic Games accused Google of monopolizing the latter, which may have a better chance than apple
Epic Games will spread to Google Australia app store
Analyst: Epic Games vs. Apple makes it harder for developers to win against Google
The Epic Games store will be available in the Microsoft App Store in the next few months
Apple asked the court to stay part of the injunction in the Epic Games lawsuit
Epic Games: Google set up fortnite task Force to collect protection money
Epic Games and Match Group file additional antitrust suit against Google
Once again! Epic Games has filed an appeal in an antitrust case against Apple's App Store
Epic Games and the FTC settled two lawsuits for $520 million
Hot news this week
At least 29000 facilities were affected, and WeiUnicom announced that there were serious loopholes in QTS and QuTS hero.
The source code of the official website shows that the Microsoft Build 2023 developer Conference will be held on May 23-25.
The rendered picture of Meizu experience Center is exposed: there are cars and mobile phones to build 1000 stores.
Musk, the richest man in the world, also suffered a huge loss when he bought bitcoin by Tesla, who "cut leeks".
256G is not enough! Bloggers bought Xiaomi phone 512G has used up more than 300G: WeChat accounted for 70G
Xiaomi tablet 6 key specifications steal run: high brush domestic screen Snapdragon 870 can also play!
Beihang Professor unveils FIG Leaf, consumer anger, Why is advanced technology difficult to win user recognition?
Regret that the medicine is gone! Apple closes downgrade channels for multiple versions such as iOS on 16-15-12.
Only high-end models have? The exposure of the periscope camera lens is limited to the iPhone 16 Pro Max
Meta earnings release analysts: Snap turning profit into loss in the fourth quarter is good news for it and Google
The most popular news this week
Microsoft's new version of Bing appears briefly: full access to ChatGPT
Bill Gates: the history of ChatGPT is as significant as "PC or the birth of the Internet"
Why does the United States keep cracking down on Huawei, but we don't do anything to Apple?
Samsung promises firmware update to solve the problem of plummeting Pro SSD health value
AI such as CEO:ChatGPT, parent company of "GTA5", will raise standards in the game industry.
Huawei's entry into the electric bicycle Tailing official announced that the combination of strong and powerful forces will open a new era.
Huawei P60 appeared and ran: it was quite unexpected to carry the processor.
Yingchi set foot in the game display for the first time: 27-inch 2K screen, 165Hz high brush
Who says Jixian can't play games? Evaluation of Lenovo's new Pro 16 2022 sharp dragon version
Domestic version of ChatGPT! Baidu version has successfully registered ERNIE trademark: opened in March