Alibaba launched a new cross-border e-commerce platform in Spain, aiming to operate independently in the middle and high-end market

On November 30, according to foreign media reports, Alibaba will officially launch its new international platform Miravia in Spain. Aimed at the mid-to-high end of the Spanish e-commerce market, the platform is now available on the iOS app Store and the PC website miravia.es is also available.

A person close to Alibaba confirmed the news to Jiemian News. According to the other party, Miravia is a local e-commerce platform launched by Alibaba in Spain. It is operated independently, and the products on the platform are mainly Spanish brands and European brands. Within Alibaba, Miravia, AliExpress and Lazada are three independent businesses. Miravia mainly serves the Spanish market, Lazada focuses on Southeast Asia, and AliExpress focuses on cross-border e-commerce.

In fact, vendors were invited to join the new platform as early as October. In the communication with merchants, Ali said that this is a new cross-border independent platform for the European market, which will be announced soon, mainly aiming at the cross-border opportunities of B2C in Europe. It has already invited the leading brands of all industries on AliExpress to settle in, and in the short term only in the form of directional invitation to settle in.

An employee from Spanish Digital marketing company En innova Digital Export first broke the news on its linkedin page. Miravia, a new E-commerce platform launched by Arise Operating E-commerce Private Limited that will be showcased through a Mira Premiere VIP event on November 30, will debut in Madrid, she said, Arise will also hold events in Madrid, Deportivo and other cities in the coming days to showcase the company to potential sellers and consumers.

Arise Operating E-commerce Private Limited is registered in the Bras Basah district of Singapore, according to the Accounting and Corporate Regulatory Authority of Singapore (ACRA). One headquarters building. In other words, Alibaba's Lazada is behind Miravia. 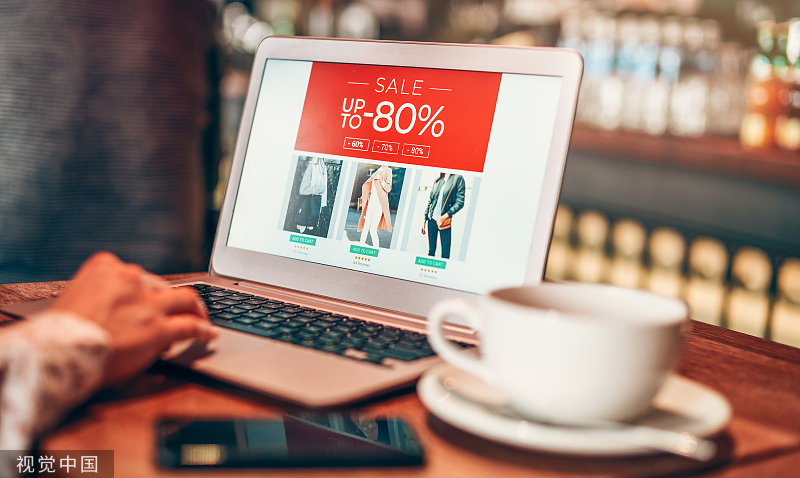 Different from Alibaba's AliExpress cross-border business, Miravia targets the middle and high-end local market and expects the two sides to complement each other. At present, the platform has displayed a series of shelf brands, including Lego, OPPO, CUPSHE, FOREO, NIVEA and other well-known brands at home and abroad, covering women's wear, beauty, home furnishment, food, health, cleaning and other categories, and most of the products are marked with "official store" black label.

Miravia is still in its early stages, with a strong emphasis on offers such as first-order discounts for new users, free shipping on items over €10 and free returns within 30 days.

The person close to Alibaba said the company chose Spain because it is one of the most promising European e-commerce markets, with a high penetration of Internet and mobile technology and huge growth potential for its mobile e-commerce platform.

This is also in line with Ali's overall business layout strategy. At the end of last year, Alibaba set up an "Overseas Digital Business section" to further strengthen its globalization strategy. Aliexpress and ICBU, as well as many subsidiaries facing overseas markets such as Lazada, Trendyol and Daraz, have jointly formed Alibaba's overseas e-commerce business.

Since the beginning of this year, the domestic consumption environment has been under pressure as a whole, and Alibaba has repeatedly said that China's e-commerce industry has changed from the era of traffic to the era of "retention". In this context, other businesses, such as overseas, have taken on the burden of growth.

Alibaba's latest quarterly results showed a positive performance in its global business, with its overseas digital business segment accounting for 8% of the group's total revenue. Among them, the international retail segment in Turkey and the Middle East market, Trendyol orders increased by more than 65% year on year, the growth rate continues to expand; In Southeast Asia, Lazada continued to narrow its losses by 25 per cent as it continued to improve its liquidity ratio by offering more value-added services and improving operational efficiency.

In June, Lazada made an organisational upgrade with the appointment of Mr Dong as CEO of Lazada Group and also CEO of Lazada Indonesia. Earlier, Alibaba raised nearly $400 million in capital in Lazada and is looking to expand its business from Southeast Asia to Europe.

Earlier, Alibaba Chairman and CEO Daniel Zhang expressed his thoughts on the globalization sector in the earnings call, "The future expansion of overseas consumer markets must be a combination of local supply and cross-border supply. How to make good use of the advantages of China's cross-border supply and effectively organize local supply is the direction of our long-term efforts, and the construction of logistics system is the highest priority in the implementation of the globalization strategy."

However, the current overseas e-commerce war is hot. Unicorn SHEIN has gained a valuation of $100 billion, TikTok e-commerce has exceeded $1 billion GMV in the first half of 2022, and North American e-commerce platform Temu launched by Pinduoduo in September has topped the app list for many times. Ali's new play this card out of the sea can be recognized, but also to see a new round of market competition results.

Related news
JOIN TODAY TO ILLUMINATI AND ACHIEVE YOUR GOALS IN LIFE, JOI
Alibaba Forms Smart Service Company Lingyang
China's New Energy Vehicle Sales in June Expected to Set New High over Fiscal Stimulus
China’s First Desktop Operating System Developer Platform openKylin Launched
Alibaba launched a new cross-border e-commerce platform in Spain, aiming to operate independently in the middle and high-end market
Hot news this week
At least 29000 facilities were affected, and WeiUnicom announced that there were serious loopholes in QTS and QuTS hero.
The source code of the official website shows that the Microsoft Build 2023 developer Conference will be held on May 23-25.
The rendered picture of Meizu experience Center is exposed: there are cars and mobile phones to build 1000 stores.
Musk, the richest man in the world, also suffered a huge loss when he bought bitcoin by Tesla, who "cut leeks".
256G is not enough! Bloggers bought Xiaomi phone 512G has used up more than 300G: WeChat accounted for 70G
Xiaomi tablet 6 key specifications steal run: high brush domestic screen Snapdragon 870 can also play!
Beihang Professor unveils FIG Leaf, consumer anger, Why is advanced technology difficult to win user recognition?
Regret that the medicine is gone! Apple closes downgrade channels for multiple versions such as iOS on 16-15-12.
Only high-end models have? The exposure of the periscope camera lens is limited to the iPhone 16 Pro Max
Meta earnings release analysts: Snap turning profit into loss in the fourth quarter is good news for it and Google
The most popular news this week
Microsoft's new version of Bing appears briefly: full access to ChatGPT
Bill Gates: the history of ChatGPT is as significant as "PC or the birth of the Internet"
There is a character recognition function in Wechat, which is more convenient and practical than a dictionary! Have you ever used it?
EBay announced that it will cut 500 jobs, accounting for about 4% of its total workforce.
Why does the United States keep cracking down on Huawei, but we don't do anything to Apple?
Samsung promises firmware update to solve the problem of plummeting Pro SSD health value
AI such as CEO:ChatGPT, parent company of "GTA5", will raise standards in the game industry.
Huawei's entry into the electric bicycle Tailing official announced that the combination of strong and powerful forces will open a new era.
Huawei P60 appeared and ran: it was quite unexpected to carry the processor.
Yingchi set foot in the game display for the first time: 27-inch 2K screen, 165Hz high brush