Apple today decided to countersue AliveCor in order to better defend its interests. The dispute began in 2021, when AliveCor filed a complaint with the U.S. International Trade Commission (ITC) accusing Apple of infringing three of AliveCor's electrocardiogram patents. 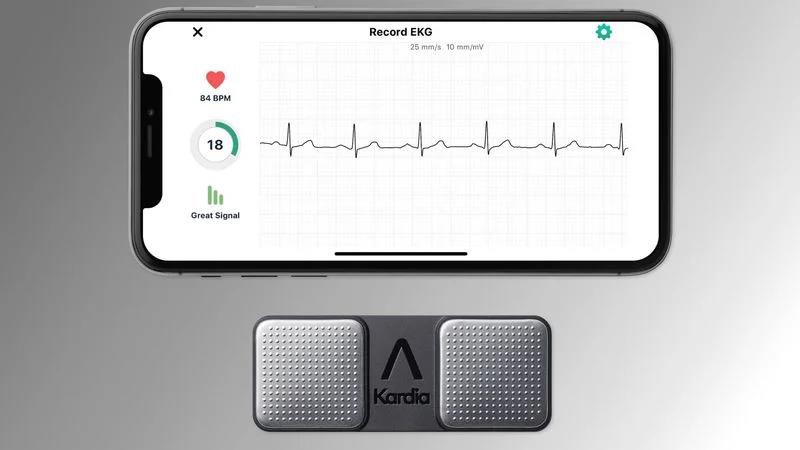 The two sides then went back and forth in court, IT House has learned, and AliveCor filed a complaint with the ITC earlier this year seeking an import ban on the AppleWatch, and the judge ruled in AliveCor's favor.

With the countersuit, Apple hopes to clarify who pioneered the electrocardiogram-related patents and curb AliveCor's rampant infringement. Apple was a pioneer in the ECG patent, having researched, developed and patented the core underlying technology before AliveCor existed, the company said in its countersuit. AliveCor's lawsuit is nothing more than a lawsuit to sell its new electrocardiogram product.

Apple filed a patent for AliveCor years before it was born. The complaint cites several Apple patents related to the AppleWatch's heart rate and electrocardiogram capabilities, which Apple says AliveCor's KardiaMobile, KardiaMobileCard and Kardia apps violate.

Related news
Apple confirms that Apple Watch ECG ECG function will soon open in Canada
Vivecor, a medical device company, sued apple for infringement of its ECG patent
Waiting for three years! Apple watch finally approved by FDA: ECG is coming
The Apple Watch has finally won the "complete" award! ECG is online
Apple countersued AliveCor, which pioneered the ECG patents
Apple Watch ECG function was found to be infringing! May face a ban on sales penalties
Hot news this week
At least 29000 facilities were affected, and WeiUnicom announced that there were serious loopholes in QTS and QuTS hero.
The source code of the official website shows that the Microsoft Build 2023 developer Conference will be held on May 23-25.
The rendered picture of Meizu experience Center is exposed: there are cars and mobile phones to build 1000 stores.
Musk, the richest man in the world, also suffered a huge loss when he bought bitcoin by Tesla, who "cut leeks".
256G is not enough! Bloggers bought Xiaomi phone 512G has used up more than 300G: WeChat accounted for 70G
Xiaomi tablet 6 key specifications steal run: high brush domestic screen Snapdragon 870 can also play!
Regret that the medicine is gone! Apple closes downgrade channels for multiple versions such as iOS on 16-15-12.
Beihang Professor unveils FIG Leaf, consumer anger, Why is advanced technology difficult to win user recognition?
Only high-end models have? The exposure of the periscope camera lens is limited to the iPhone 16 Pro Max
Meta earnings release analysts: Snap turning profit into loss in the fourth quarter is good news for it and Google
The most popular news this week
Microsoft's new version of Bing appears briefly: full access to ChatGPT
Bill Gates: the history of ChatGPT is as significant as "PC or the birth of the Internet"
Why does the United States keep cracking down on Huawei, but we don't do anything to Apple?
Samsung promises firmware update to solve the problem of plummeting Pro SSD health value
AI such as CEO:ChatGPT, parent company of "GTA5", will raise standards in the game industry.
Huawei's entry into the electric bicycle Tailing official announced that the combination of strong and powerful forces will open a new era.
Huawei P60 appeared and ran: it was quite unexpected to carry the processor.
Yingchi set foot in the game display for the first time: 27-inch 2K screen, 165Hz high brush
Who says Jixian can't play games? Evaluation of Lenovo's new Pro 16 2022 sharp dragon version
Domestic version of ChatGPT! Baidu version has successfully registered ERNIE trademark: opened in March