In the last two days, a triple-A game called Callisto Protocol has been released to much fanfare. However, it was immediately blasted to death by players because the game was poorly optimized, the PC version performed poorly, and the RTX 4090 graphics card had severe stutches.

The developers of CapFrameX, a test software, posted the results of the RTX 4090 test online,Although the average frame is 115 frames, the frame rate is not stable and fluctuates greatly. A low 0.1% frame can reach 9 frames, which is stuck into PPT, which will seriously affect the experience. 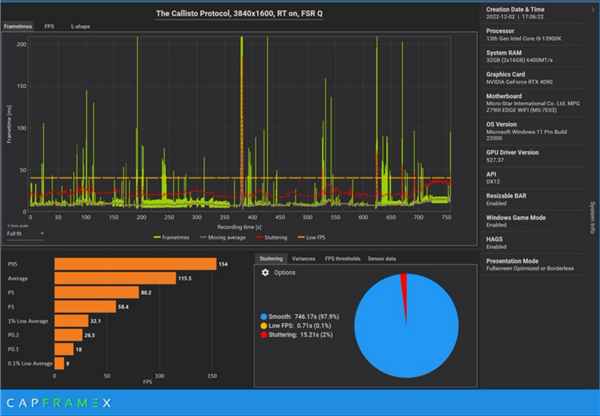 Not only did it make the RTX 4090 a downfall, but it also had problems with CPU utilization and poor support for multi-core optimization that didn't take full advantage of the current CPU power.

After the game went live, Steam immediately sent bad reviews flying, which in turn caused the share price of the Callisto Protocol development to plunge.

Faced with this situation, the Callisto Protocol officials had to apologize, and they did so quickly,Within a day, a PC fix was released that significantly improved the game's stalling issues.

Although it has not been completely solved, but from the feedback of the players, the patch upgrade is still very useful, everyone's anger also eliminated a lot, the word of mouth began to pick up, in the game must go to upgrade.

However, the developers of CapFrameX also make a good point. If they can release a patch within a day to fix the problem, why bother? Did they not find the problem in beta? 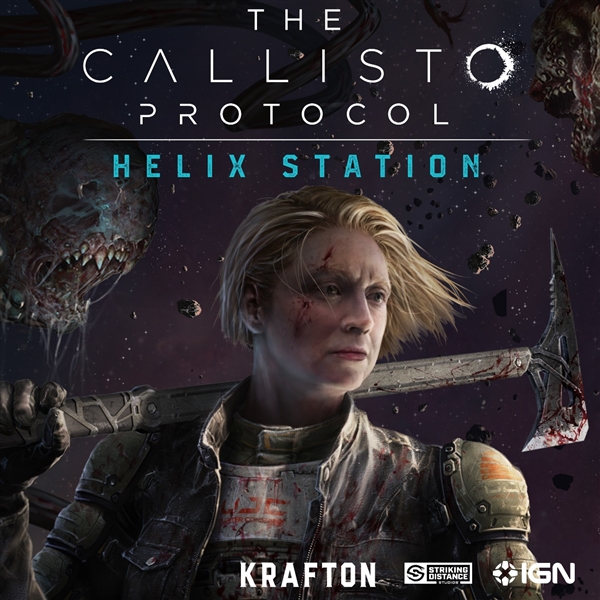 Isn't this the cover of Brienne of Thrones?

Related news
Evga's RTX 2060 price reduction has nothing to do with NVIDIA. A card still lacks ignition
RTX game book your entertainment house is a good helper
The game also ushered in the "new wave"? NVIDIA RTX lights up a big wave of national trend
DLSS 3 blessing RTX 4090 Play 8K 60FPS game without pressure
AMD RX 7900XTX gaming performance on par with RTX 4090! But the price is better
Measured Intel latest generation flagship NUC can plug RTX 4090: performance directly invincible
Teasing to teasing: RTX 3060 actual share of the highest! Is this a dessert-grade video card?
RTX 4090 card into PPT 3A game masterpiece apology urgent update patch
How to let people around you know that you bought RTX 4090 without moving?
RTX 4070 Ti Don't be arrogant AMD PPT comparison: within 7399 yuan or A card is strong
Hot news this week
At least 29000 facilities were affected, and WeiUnicom announced that there were serious loopholes in QTS and QuTS hero.
The source code of the official website shows that the Microsoft Build 2023 developer Conference will be held on May 23-25.
The rendered picture of Meizu experience Center is exposed: there are cars and mobile phones to build 1000 stores.
Musk, the richest man in the world, also suffered a huge loss when he bought bitcoin by Tesla, who "cut leeks".
256G is not enough! Bloggers bought Xiaomi phone 512G has used up more than 300G: WeChat accounted for 70G
Xiaomi tablet 6 key specifications steal run: high brush domestic screen Snapdragon 870 can also play!
Beihang Professor unveils FIG Leaf, consumer anger, Why is advanced technology difficult to win user recognition?
Regret that the medicine is gone! Apple closes downgrade channels for multiple versions such as iOS on 16-15-12.
Only high-end models have? The exposure of the periscope camera lens is limited to the iPhone 16 Pro Max
Meta earnings release analysts: Snap turning profit into loss in the fourth quarter is good news for it and Google
The most popular news this week
Microsoft's new version of Bing appears briefly: full access to ChatGPT
Bill Gates: the history of ChatGPT is as significant as "PC or the birth of the Internet"
There is a character recognition function in Wechat, which is more convenient and practical than a dictionary! Have you ever used it?
EBay announced that it will cut 500 jobs, accounting for about 4% of its total workforce.
Why does the United States keep cracking down on Huawei, but we don't do anything to Apple?
Samsung promises firmware update to solve the problem of plummeting Pro SSD health value
AI such as CEO:ChatGPT, parent company of "GTA5", will raise standards in the game industry.
Huawei's entry into the electric bicycle Tailing official announced that the combination of strong and powerful forces will open a new era.
Huawei P60 appeared and ran: it was quite unexpected to carry the processor.
Yingchi set foot in the game display for the first time: 27-inch 2K screen, 165Hz high brush